Jimmy Dore is the star of several Comedy Central specials, Author of the best seller “Your Country Is Just Not That Into You“, a writer performer for the Off-Broadway hit “The Marijuana-Logues”,  the host of his own weekly radio show in Los Angeles, and on air host for The Young Turks, the largest online news show in the world.

His latest effort “Sentenced To Live” is Jimmy’s most powerful Hour of Stand-Up comedy to date. He effortlessly skewers our corporate media and bought politicians as he holds a mirror up to American culture.

“Citizen Jimmy” is the award-winning one-hour Comedy Central Special that was chosen Best Of 2008 by iTunes, and was named one the the top 5 comedy DVDs of the year by Punchline Magazine.

Jimmy’s everyman style and razor-sharp material draws people in and has made him one of fastest rising stars in comedy today.

Through this site, Jimmy Dore and Stefané Zamorano bring you laughs and some of your favorite comedian guests every week as they discuss comedy and everything else in the show of the same name.

On Wednesdays, join Jimmy and his live Jimmy Dore Show on radio KPFK 90.7 FM Los Angeles, bringing you the latest in Pop and Politics. Nearly three hours of free Jimmy Dore comedy is available every week via podcast. 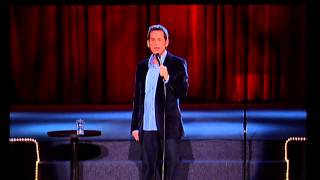 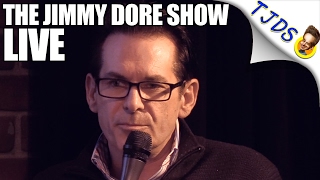 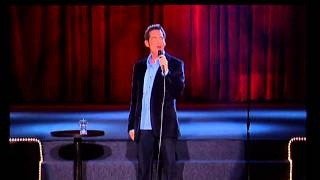 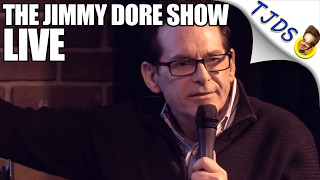